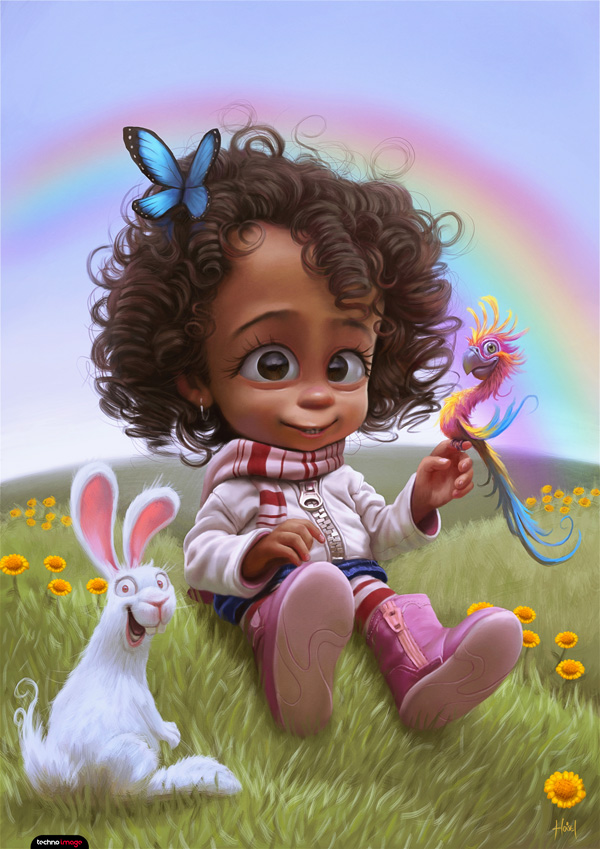 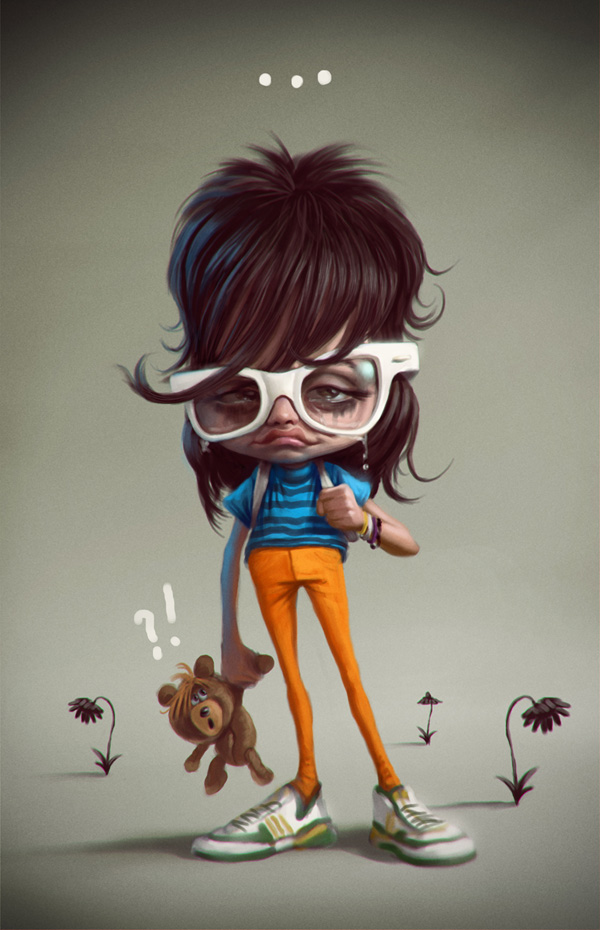 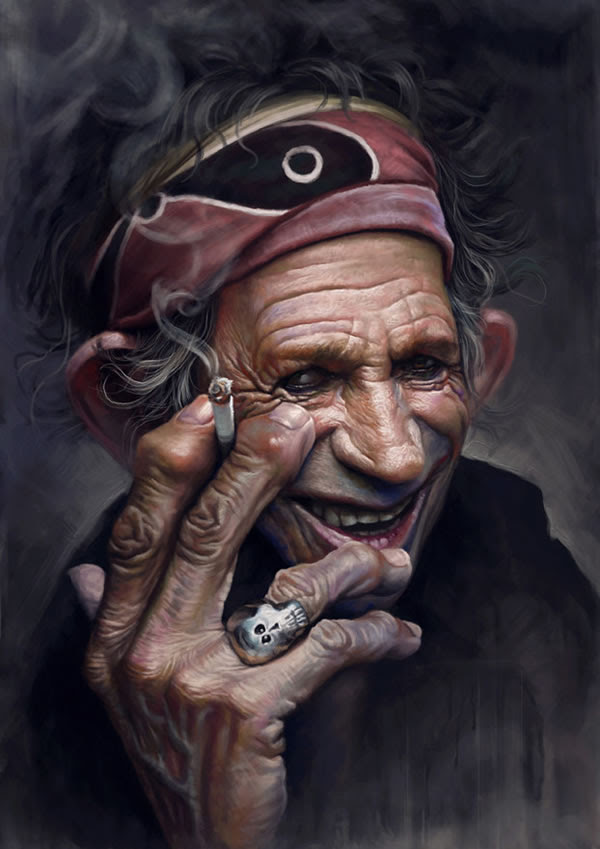 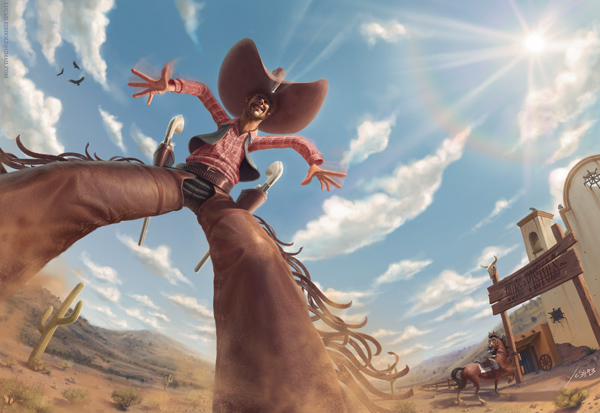 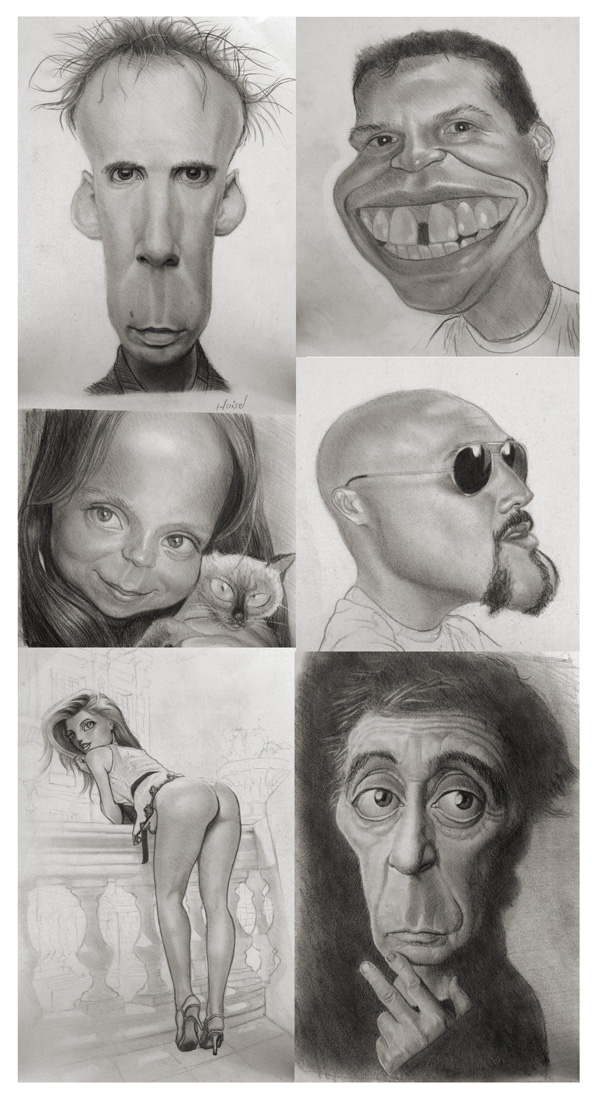 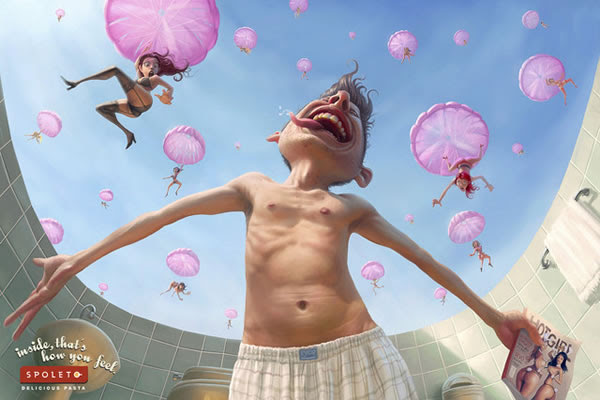 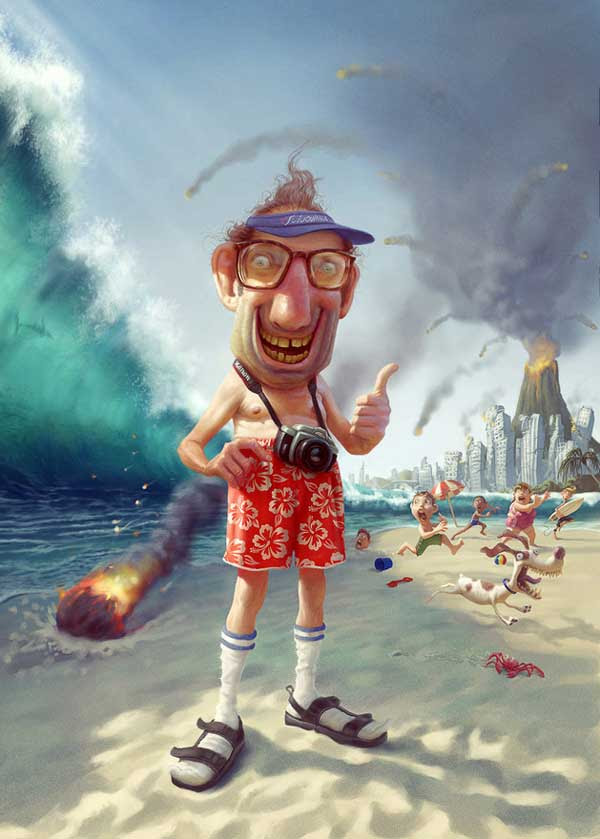 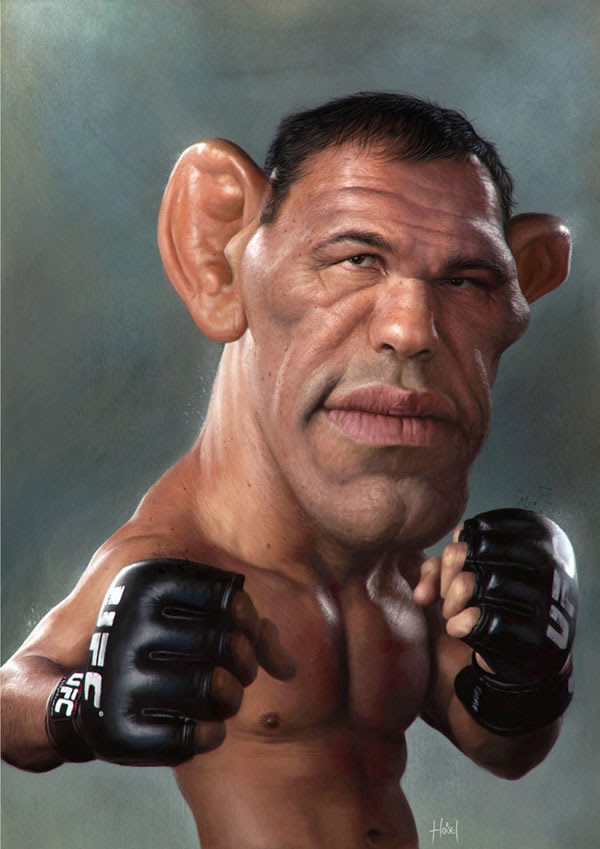 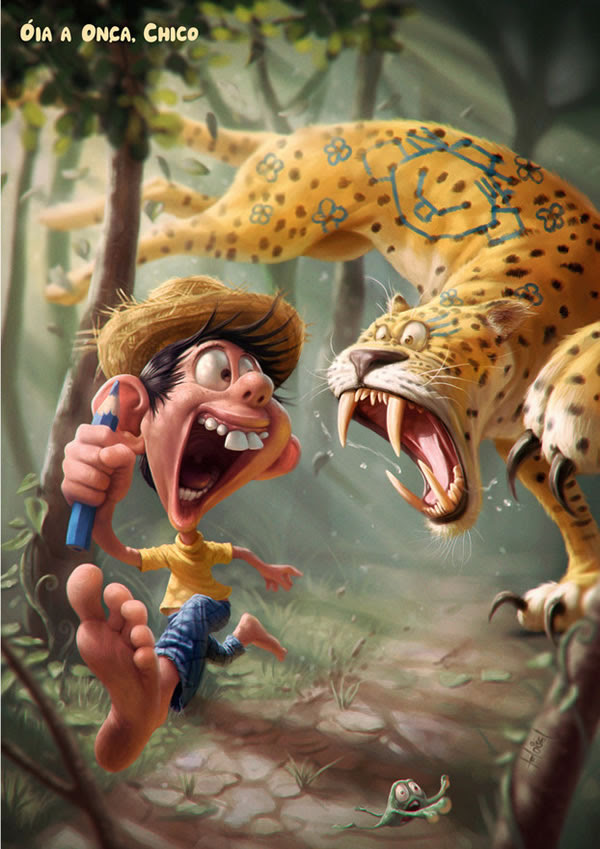 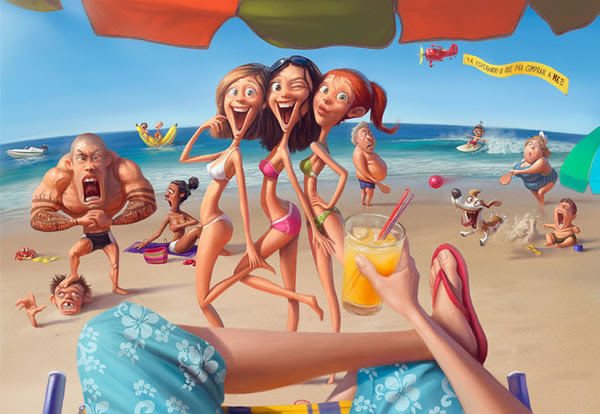 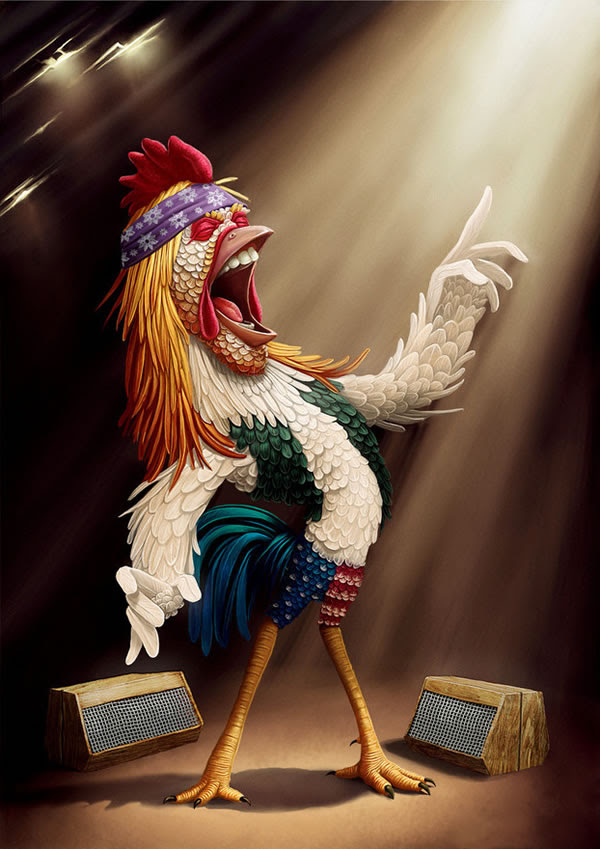 Hi folks. I am graduated in Graphic Design, but even before starting the college, I was already directing my studies for humor illustrations, especially to caricatures. During college that direction didn’t change and I continued to focus on humorous illustrations more than the graphic design itself. Thanks to that focus, my career naturally headed for the illustrations field. Gradually my personal work started to have an identity and began to gain some projection as it was turning into professional work.
grew up in Ilheus, a small city in the Brazilian coast, about 400km from Salvador. During my childhood I used to do lots of things like play football, fishing, raising fishes and crabs and also loved to draw. When I was 14, I discovered the caricatures world though the work of a caricaturist named Ique, who used to have his work published in Veja, which is the major circulation magazine in Brazil. I got really delighted for caricatures and from there I started to draw every day. I started by copying Ique’s cartoons and gradually got to know other references and developed my own style. When I started studying Graphic Design, I still had no idea that one day I would live as a Professional illustrator. I have drawn just because I liked too. Curiously, 10 years after my first contact with the Iques caricatures in Veja magazine, I was invited by the same magazine to publish my work there.
Presently I run an illustration studio in Sao Paulo called Techno Image. I have been working with some very talented artists renowned in the world of CG as Pedro Conti, Lucas Leibholz and Diego Maia in our studio. It has been very good to spend my work time among them, I have learned so much. Whoever wants to know a bit more of our work just visit our website atwww.technoimage.com.br

I have always been fascinated by the realism and the volumetric in paintings. Since I started drawing, the focus in my studies has understood the behavior of light and of the different materials. In the beginning, my work was made only in graphite and I limited it as a try to reproduce the volumes of grayscale photography. I spent about four years working that way, until I found that my perception was good enough to start working with the colors. At that time I did my first experiments with pastels, color pencils and watercolors. Still in the very beginning of my studies with those techniques, I discovered Photoshop. I ended up devoting exclusively to it because in addition of conventional materials being expensive, with Photoshop I could use the drawing and shading that had developed with graphite and just work up the colors. Gradually I was simplifying the pencil base and increasingly working in Photoshop, until I did my first work entirely in Photoshop. The moment I bought my first tablet was when I completely ended up my migration to Photoshop and still keep doing the work entirely on the computer, from the roughs to completion.

It is hard to specify how long it takes to complete a job. That depends largely on the complexity of the illustration and the finishing degree. As an average time, I ask for two to three weeks to illustrations as the “Big Bad Wolf”,”Teenboy” or “Lunch Time“.